G&B Lawyers want to hear from you.


Come and speak to one of our leading experts about your legal issues. We won’t charge you a cent.


If we believe we can help you, your first month will be half price.


However, the objecting Councils are still running or preparing to run their arguments against the NSW Government’s proposed mergers in the relevant Courts in the back ground.


One such battle has been played out between Woollahra Council and the NSW Government for its proposed merger with Waverley and Randwick.


On 20 July 2016 Chief Judge Brian Preston dismissed Woollahra Council’s on the basis that the Council had not established the grounds of its challenge.


The Council was ordered to pay the NSW Government’s costs which will come from rate payer’s money.


Despite this outcome, Woollahra Council has decided to battle on and appeal the decision of the LEC. In a Media Released dated 26 July 2016, the Mayor of Woollahra Council, Councillor Toni Zeltzer said:


“The decision to appeal was made on the same basis as our original legal challenge. This is just a further way of demonstrating how serious we are about protecting the democratic rights of our community and serving their best interests”.


The merger of Woollahra Council with Waverley and Randwick will now remain on hold until a final outcome is achieved.


Other Councils who have elected to challenge the NSW Government’s proposed mergers are also exempt until their appeal rights are exhausted.


Councils such as North Sydney, Botany Bay, Ku-ring-gai, Mosman, Strathfield and Hunters Hill have all voted to commence legal action against the NSW Government for proposed mergers.


The reasons for challenging the NSW Government’s decision include:


Ø  Failure to hold a proper public inquiry into the merger proposal; and


It will be a matter for the Courts to now determine whether each of the Councils that have commenced proceedings against the NSW Government have sufficient grounds to avoid the proposed amalgamation. Otherwise the amalgamations will be forced.

The South Australian Government has been successfully running a Container Deposit Scheme (CDS) to reduce the amount of litter in their environment since 1977.


Since the New South Wales Premier’s announcement in September 2015, the NSW Government has been working towards creating their own, state wide refund CDS.


The containers that will be included in the CDS scheme are currently identified as “[a]ll NSW beverage containers between 150mL and 3 litres in volume” except the following:


Ø  glass containers for wine and spirits;


Ø  casks (plastic bladders in boxes) for wine and casks for water – 1 litre or more;


At this stage, we have very few details on how the CDS scheme will work in practice.


It appears that the finer details are a matter for the appointed Scheme Coordinator to determine with the help of a number of working groups and committees.


What we currently know is that it is proposed that the funding for the 10-cent refund will be provided by the suppliers/manufacturers of the containers who will undoubtedly pass the cost onto consumers.


Suppliers/Manufacturers will pay the 10-cent deposit, a handling fee and an administration fee to the Scheme Coordinator.


Consumers who utilise the CDS will receive a 10-cent refund from the Scheme Coordinator who is responsible for providing the containers received to a recycling facility.


Further, we know that a network of collection depots is to be established throughout NSW. However, we do not know when or where.


It seems that a lot of the finer details are yet to be finalised.


For a scheme that is due to commence from July 2017, one would have to ask – is the NSW government on track to deliver?


There are a number of industries that are affected by the CDS including manufacturers, retailers, transporters, recyclers and not to mention consumers. Perhaps other nearby States that do not have their own CDS have an interest as well. 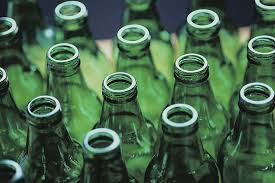 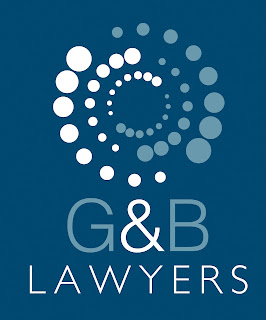